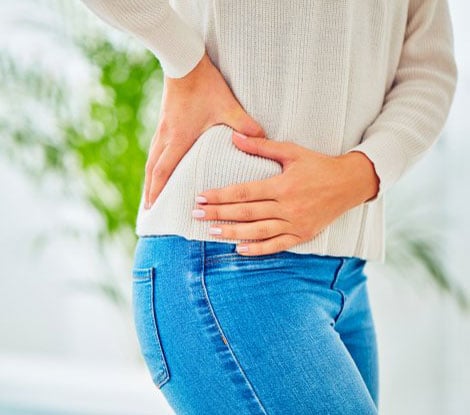 When you’re an active person with chronically painful hips, hip resurfacing may be a better option than hip replacement if your hip condition is limiting your mobility. To reduce pain and restore movement to the hip without having to replace the entire joint, we use the Birmingham HipTM Resurfacing (BHR) System.

Traditional total hip replacements replace both the damaged socket (acetabulum) and the head of the thighbone (femoral head) with metal, plastic, or ceramic components. A smooth covering of metal is applied to the femoral head instead of removing it during hip resurfacing. To replace a traditional total hip replacement, the bone and cartilage in the socket are removed and replaced by a metal shell.

What Is Hip Resurfacing?

Resurfacing the hips is an advanced procedure that helps patients recover more quickly. In addition to improved stability and longer longevity, the BHR implant may allow you to participate in more physically active pursuits. Why Might I Need Hip Resurfacing?

You might consider hip resurfacing if you’re an active adult under the age of 60, or over 60 but physically active. Some serious hip problems include:

As a first step, we often recommend conservative treatment for hip pain, such as:

Hip resurfacing is a less invasive alternative to total hip replacement if these treatment options do not work.

How Is Hip Resurfacing Carried Out?

In either case, you are asleep while the procedure takes place or you are numbed below the waist with an epidural.

Our orthopedic surgeon then prepares the acetabulum, which is the socket where the head of the femur sits in the pelvis. As the second component of the BHR implant, the resurfaced femur head sits inside the acetabulum.

There is no need to undergo a total hip replacement just because you have painful hips.

It is highly controversial among orthopedic surgeons whether hip resurfacing is better than traditional total hip replacement. Currently, there is research being done on this topic.

You may be able to revise hip resurfacing more easily. A hip replacement or hip resurfacing is a mechanical surgery, so the components (called implants) can – and do – wear out or loosen over time. Implants are most commonly replaced within 15 to 20 years from their placement. However, they can last longer or shorter.

A second surgery may be required if the implant fails. An additional procedure known as a revision is frequently more challenging than the original operation. In addition to removing less bone from the femur (thighbone) when compared to a traditional hip replacement, hip resurfacing also makes it easier for surgeons to replace a failing implant.

Dislocation of the hip is decreased. As in a traditional hip replacement, hip resurfacing has a larger ball, similar to the size of your natural hip ball. Dislocation may be more difficult because of this. Some experts believe this stance is controversial since several factors affect the risk of dislocation, including surgical methods, implant diameter, and size.

The walking pattern is more like normal. According to some studies, hip resurfacing allows for more natural walking patterns than traditional hip replacement. It is difficult to measure these subtle differences, however, since they affect how people walk.

Metallic ions pose a risk. Metal balls are moved inside metal sockets during hip reconstruction. A molecule of metal called an ion is released overtime when the two surfaces rub against each other. The ions can cause a reaction in the bone and soft tissues surrounding the joint called an adverse local tissue reaction. Revision surgery may be needed if this occurs. It can lead to swelling and pain. In addition to entering the bloodstream, the ions can have systemic effects as well. As a result, hip resurfacing is no longer as common as it once was.

A hip resurfacing generally takes between 1-1/2 and 3 hours.

An incision in your thigh will be made so that your doctor can access your hip joint. The femoral head will then be dislocated out of its socket. In the next step, special power instruments are used to trim the head. The prepared femoral head is covered with a metal cap. Using a power tool called a reamer, the cartilage lining the socket is removed. There is then a metal cup inserted into the socket and held in place by friction between the metal and the bone. In order to reposition the femoral head back into the socket, the incision has to be closed after the cup has been placed.

After your surgery, you will be taken to the recovery room, where nurses will keep an eye on you until you are recovering from anesthesia. Your hospital room will then be shown to you.